A Year in the Merde

Stephen Clarke Books / A Year in the Merde 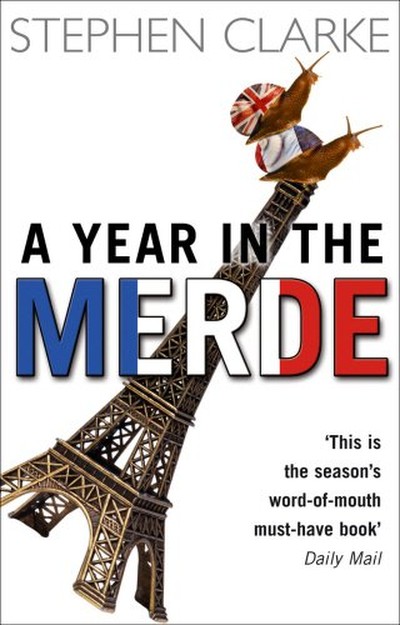 There are lots of French people who are not at all hypocritical, inefficient, aggressive, arrogant, adulterous, or incredibly sexy. They just didn’t make it into my book …”

A Year in the Merde shows the French as they really are.
They’re not cheese-eating surrender monkeys, but they do eat a lot of cheese, some of which smells like pigs’ droppings. In general, they do not wash their armpits with garlic soap. Going on strike really is the second national participation sport after pétanque. And they really do use suppositories.
Paul West, a young Englishman, arrives to set up some “English” tea-rooms in Paris and gives a laugh-out-loud account of the pleasures and perils of being a Brit in France. Less quaint than A Year in Provence, less chocolatey than Chocolat, this book will tell you how to get the best of the grumpiest Parisian waiter, how to survive French meetings, how to make perfect vinaigrette every time, and how not to buy a house in the French countryside.

Author’s note: “I would like to thank the French government for introducing the 35-hour week and giving me time to do more interesting things on a Friday afternoon than work. Merci.”

“Clarke is able to distil, wittily and gently, the difference between Us and Them.” Sunday Times

“Combines the gaffes of Bridget Jones with the boldness of James Bond...Clarke's sharp eye for detail and relentless wit make even the most quotidian task seem surreal.” Publishers Weekly

I originally self-published this book as a fake autobiography, “the almost-true account” of a year in the life of Paul West, a young Englishman whose only previous writings were supposedly reports with titles like “Coulis to be Kind, or She Loves Jus: Why Brits need help translating menus in London” and “Giving Good Head: an analysis of the expectations of real-ale drinkers”.

I didn’t reveal the news that Paul was fictional until the book was picked up by a “real” publisher, by which time I’d managed to confuse journalists from all over Europe and North America by mixing truth and fiction in every interview I gave, and refusing all photos. Even now, I still get asked about my job with a French food company, and whether it wasn’t tough living with a semi-naked landlady.

For more details about the self-publishing adventure, see the “News” section on my old relic website, redgaragebooks.com