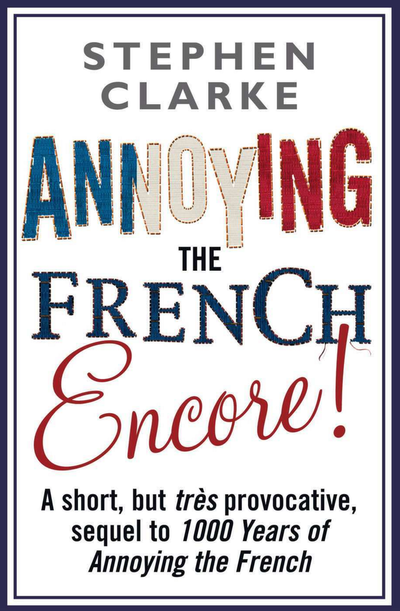 Since 1000 Years of Annoying the French was first published in 2010, we mischievous English-speakers have certainly not given up our old habits. It seems we're addicted to annoying the French, and over the past couple of years we've really been indulging ourselves.

Most famously, there was the Dominique Strauss-Kahn case, in which the Americans proved how flawed their justice system is by actually treating a member of the French political elite like a normal suspect. What were they thinking of?

Britain and France also continued to demonstrate why the entente is no more than cordiale. When, at the end of 2011, David Cameron walked out of a eurosummit, he infuriated then-president Nicolas Sarkozy. It was yet another case of those blasted Brits flaunting their independence. Not only have they hung on to their own currency, they think they can just retreat to their island fortress and leave everyone else to deal with the mess. Well, yes, because that's what we've always done. And the French are so jealous it hurts.