How the French Won Waterloo (Or Think They Did) 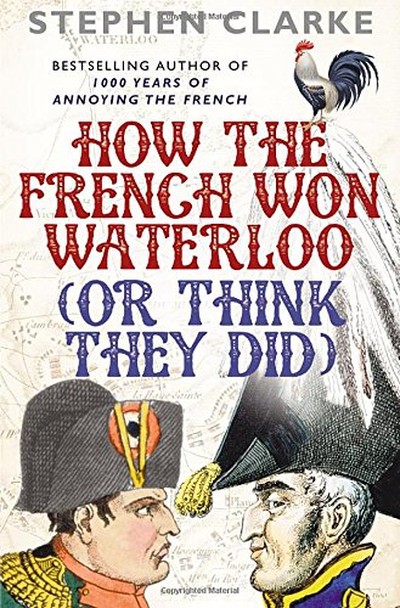 There have apparently been some 80,000 books written about Napoleon and Waterloo. Well, make that 80,001. But I hope this one is slightly different. It's about the inability of some French historians to admit that their hero might actually have lost on 18 June 1815.

These perfectly serious, and highly respected, historians go far beyond the old excuses (Napoleon was incapacitated by piles; it rained so that he couldn't manoeuvre his artillery; his generals disobeyed his orders; it was Wellington who chose the battlefield, etc, etc.). Former Prime Minister Dominique de Villepin, for example, a keen Bonapartist historian, wrote a book recently alleging that that Waterloo was "a defeat that shines with the aura of victory". As tragic heroes, standing alone against the world, the French won the moral battle and formed their defiant national character.

Napoleon himself claimed that he beat Wellington, and only lost to Blücher, an argument that has been taken up by countless French historians since, so that Blücher has come to be portrayed as the third boxer jumping into the ring to save his incompetent English friend.

Victor Hugo, whose chapter about Waterloo in Les Misérables is one of the finest pieces of writing about battle by anyone who has never fought one, even went so far as to claim that God decided the outcome of Waterloo – Napoleon was too much of a giant, and the 19th century could only get under way once he was sidelined.

The problem for the French – even those who criticize Napoleon for his dictatorial tendencies – is that the Empereur was their greatest-ever champion. His empire represented the pinnacle of France's status in the world. It's impossible to accept that he might have been in any way a loser. Wellington, you see, had some influential allies.

And in many ways, of course, Napoleon was a winner – his laws are still in use today in several European and African countries (minus their more sexist clauses); the French education system is still basically Napoleonic, a matter of standing learners in rows and firing information at them artillery-style to see who survives; and Bonaparte is undoubtedly the most famous veteran of Waterloo, with fan clubs all over the world. One of his black bicorn hats recently sold for 1.8 million euros to a Korean businessman who wanted it as an inspirational exhibit in the foyer of his head office.

My book explores all these ambiguities about history's greatest Frenchman, and flatteringly, has also been published in French. It's been very faithfully translated, too, except that the French have shortened the title – it's just Comment les Français Ont Gagné Waterloo. Bien sûr.