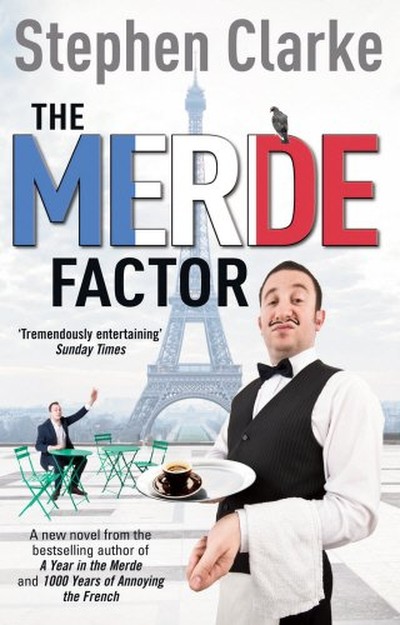 Paul is back in Paris, with no money, no job, nowhere to live. Jean-Marie, his old boss, is trying to cheat him out of his share in their English tea room. Alexa his old girlfriend seems to be stalking him. And to make things worse, his American friend Jake keeps reciting poems at him.

It was great fun getting back to writing about Paul, and even more fun actually trying to compose some of Jake's awful rhymes. In this novel, Paul is a judge in a poetry competition – first prize, get your poems published – and Jakes needs a friendly hand if he's going to stand any chance of winning. Now Paul is a faithful friend, but there are limits. And when you read the poems you'll see that Jake goes way beyond the limits.

Paul also tries to give his life some stability by becoming a fonctionnaire, a civil servant, that famous species of French person with a job for life, early pension, and the complacency that goes with it. But his work for the Ministry of Culture doesn't quite turn out like that.

And talking of culture, Jean-Marie shows that he is a fungal, bacterial life form by sexually harassing one of his young interns. Paul, of course, will try to ride up on his white charger and save her. If she hasn't taken a sabre to Jean-Marie in the meantime...

So those are the main thrusts of the plot. What else is in there? Neighbours with Tourette's syndrome, evil plumbing, English parrots, a sex-crazed New Zealander, koala bears, oh and lots of Parisians.